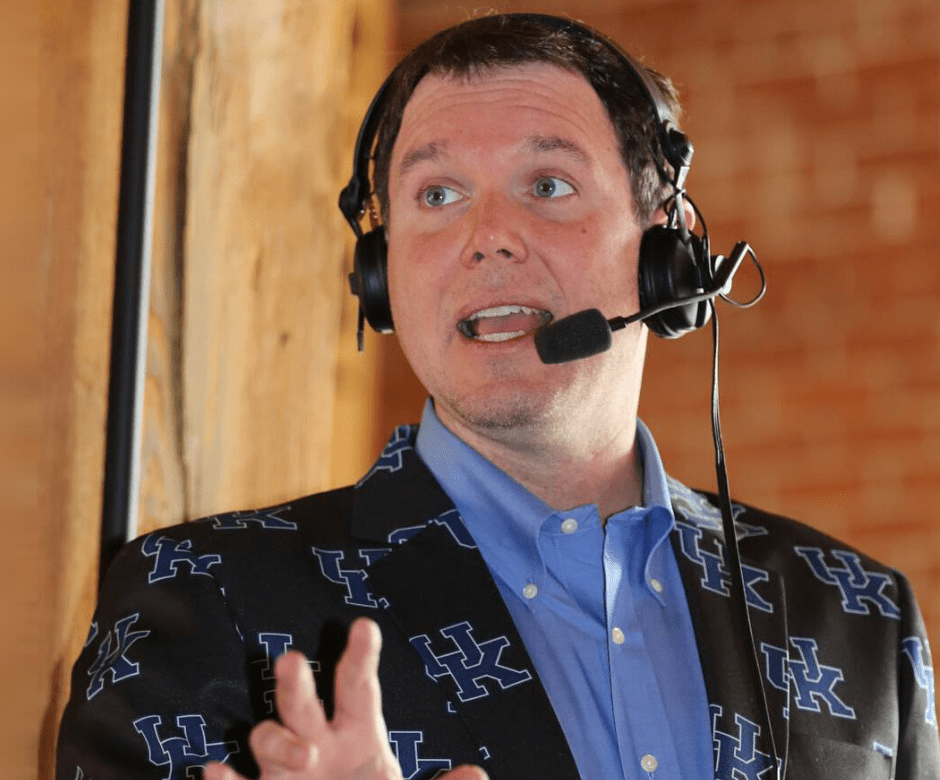 You could make the argument that Matt Jones is the most influential person in Kentucky and you’d have a good argument. His title might say “host of Kentucky Sports Radio,” but those from this state know he holds much more weight than just the founder and host of a radio program covering University of Kentucky athletics.

Love him or hate him, Jones has built KSR from the ground up, starting in the mid-2000s as just a goofy fan blog to what is now a nationally-recognized media brand. UK basketball is polarizing on its own, and unless you’ve lived in Kentucky or are familiar with the sports landscape here, it’s hard to explain how serious Kentucky basketball is to this state.

I’ll put it this way — I’m a Hoosier through and through, and I was raised on Indiana basketball and will never cheer for Kentucky. But I’ve never seen a state wrap itself around a team as much as the entire state — from Paducah to Appalachia — wraps itself around the Wildcats.

The fanbase travels everywhere. The team could play a game in Africa and there’d still be a good contingent of blue in the stands. Add on the fact that the program is consistently one of the most successful in the country with a polarizing head coach and you can see why fans of other schools hold such a strong dislike for UK.

So, naturally, a blog dedicated to covering it 365 days a year is bound to elicit strong reactions from fans of other schools. Jones is a personality on his own, and he’s become the de facto face and voice for the entire Kentucky fanbase. As such, he often bears the brunt of vitriol from those who don’t like UK, and it can get ugly.

I’ve had my own disagreements with Matt over the years, but I’ve always been impressed by how he’s built his brand up and stayed true to who he is. He’s also just a genuinely nice guy who cares as much as anyone about his state.

He’s not shy about his personal beliefs, especially his progressive politics, which in itself can be polarizing in Kentucky. He’s sharp, though, and he’s been courted by national Democrat leaders to run for office, most notably for U.S. Senate in 2020.

We talked about that, his decision not to run, the growth of KSR, and his new book, Mitch, Please!: How Mitch McConnell Sold Out Kentucky (and America, Too), which has already become a New York Times Bestseller. I also really enjoyed hearing Matt’s thoughts on how Kentucky Governor Andy Beshear has handled COVID-19 in our state, and we talked quite a bit about the implications of all of that to the faith community.

You might hate UK with all your heart, but I really think you’re going to enjoy this conversation with Matt.