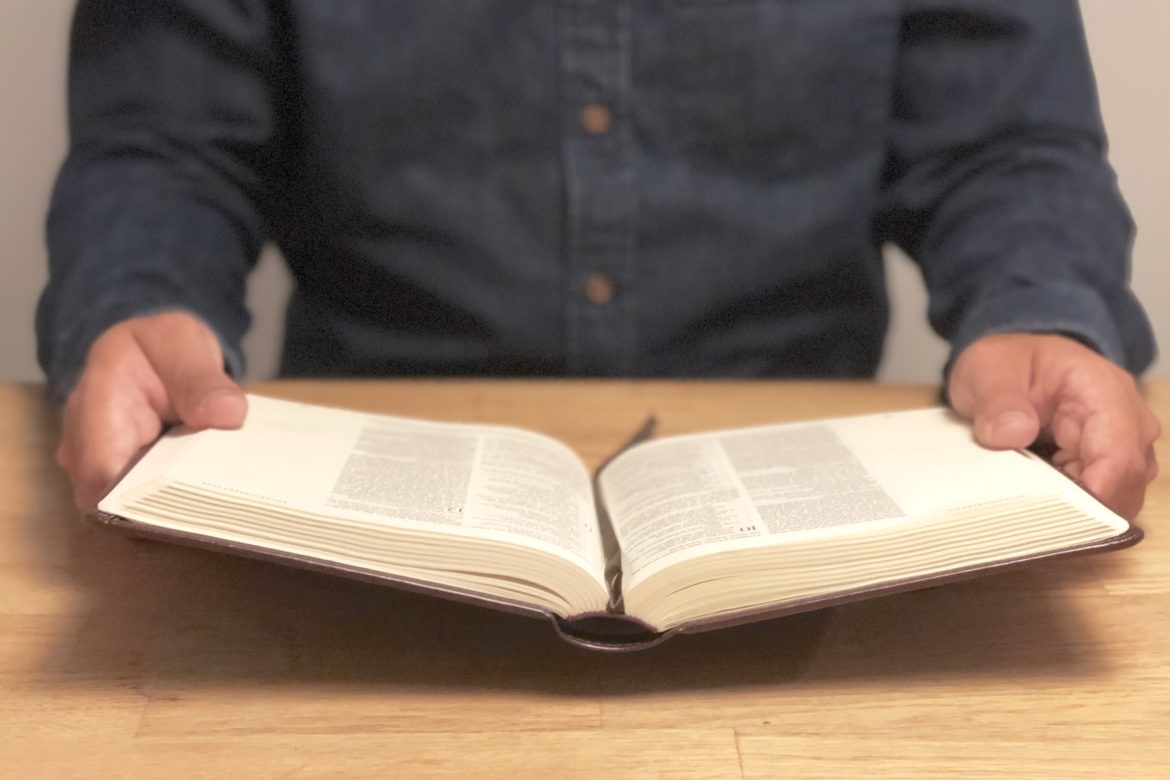 Put your faith in God, not people

It was hard to watch as people got up and walked out of the church service right as “In Christ Alone” began to play. The irony, surely, was lost on them.

This week Crossroads Christian Church, the church I grew up in and called my home during my formative years and early adulthood, endured one its toughest weeks in its 51-year history. After months of consideration, the elders of the church elected to fire the church’s lead pastor, Patrick Garcia, and teaching pastor, Rick Kyle, and what resulted was a week full of in-fighting among church members, community members, and family members of those affected.

This week some have even set up an online petition to give the congregation the right to vote on who its pastor is, while others (including Rick Kyle) have called for the resignation of the elders. (It’s important to understand that the church’s bylaws state that elders act in the same way a board of trustees does, and they are the ones with authority to make hiring and firing decisions).

People are angry. They’re hurt. They want answers. And even after the elders spent the entire service providing answers, people weren’t satisfied. Some shouted (even during prayers) their frustrations. Others exclaimed that the elders’ decision was simply “wrong.”

Finally, some decided it was too much to bear and left the sanctuary, angry, as the rest of the church proclaimed as one body that in Christ alone, their hope is found.

The strange scene at church was almost too perfect an example of an alarming trend that became obvious as this drama played out on social media this week:

Far too many people appear to be putting their hope and faith in human beings rather than in Jesus Christ.

I stopped going to Crossroads almost two years ago when my wife and I wanted to find a fresh, new church home for ourselves as we prepared to get married, so I am admittedly not nearly as close to Patrick Garcia and Rick Kyle as others who attend there now are.

But when the elders announced in early 2016 that they recommended to David Rinehart that he step down from his role as Worship Pastor, I was obviously hurt and disappointed. I was angry. This feeling that members of the church are feeling is not foreign to me. I’m not saying it’s easy to handle.

But if you’re at a church because of a pastor or someone else, you’re there for the wrong reason.

In my early days of dating when my parents would see me disappointed and upset because of something my girlfriend, or even a friend, said or did, they were always quick to remind me that when you put all your hope into human beings, you will always be disappointed.

See, human beings are flawed because we are sinful people. Even those with the purest intentions are bound to slip occasionally, and even when it’s not intentional, we’re bound to hurt people.

This is why as Christians we are called to put our faith in God above all else. Above any man, woman, pastor, teacher, friend, husband or wife, parent, sibling, or even child.

Matthew 6:33: Seek first the kingdom of God and His righteousness, and all these things will be added to you.

Even in the toughest times, we are called to put our faith in God.

One of the more troubling developments this week was several people posting that they planned to withhold their tithe money, or funnel it directly to Patrick and Rick, if the two were not reinstated. That is the complete opposite of what tithing should be about.

Tithing is one of the most faithful acts we as Christians can do. The Bible is very clear about tithing. Money is not ours. It is God’s, and when we tithe, we are literally giving God, and His church, our money to do help lead others to Christ.

If you are tithing to give money to a specific pastor or church employee, you’re tithing for the wrong reason. You’re also completely missing the point of what tithing is intended to be.

The church is a community. It’s designed to be a community where believers gather to praise and worship God, not the person at the pulpit. In no way am I saying that it’s wrong to be fond of your pastor. I think it’s important to find a pastor whose teaching relates to you, and it’s certainly important to develop a relationship with that pastor.

But I tend to agree with my brother, who said one of his rules of thumb is that he and his family will never choose a church where the pastor is the main draw. Pastors will come and go, either through termination like this one or they’ll leave on their own accord for a new opportunity. I admire my parents who, through several pastoral and staff changes at Crossroads over the last 15 years, have never wavered in their commitment to be leaders in the church, even hosting a weekly small group.

People are certainly going to leave Crossroads because of this, and there are likely several new Christians who attend church there that are enormously confused because of this. That’s disappointing, but understandable.

There’s no perfect solution to this, and people have to decide if a particular church is still the right place for them to worship. But wherever you attend, no matter who the pastor is, remember who is ultimately in charge.

In Christ alone my hope is found
He is my light, my strength, my song
This cornerstone, this solid ground,
Firm through the fiercest drought and storm.