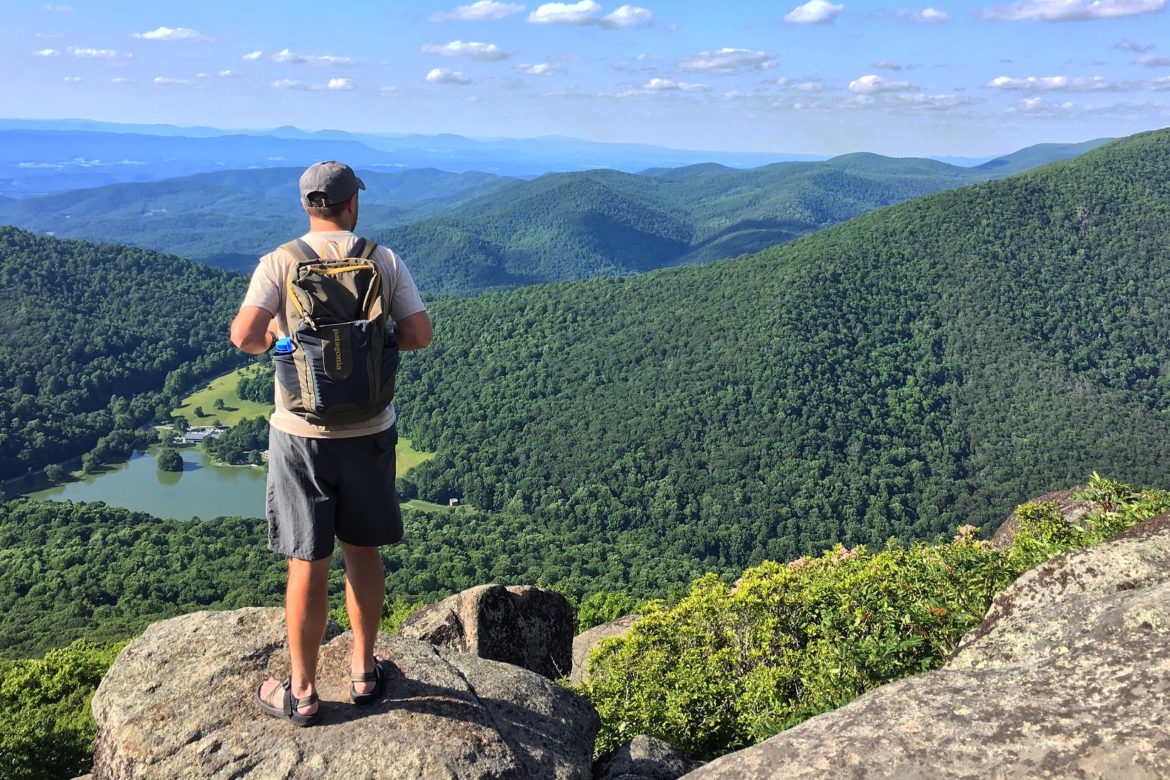 Stepping out in faith

I’m the kind of person that doesn’t like uncertainty. Really, who does? But I mean I really don’t like uncertainty, like down to the point where if I think someone is even the slightest bit mad at me, I’ll stew over it until it gets resolved.

I don’t like not knowing what’s going on or what’s about to come. There are times when I’m content to go with the flow, but when it comes to life’s major decisions or events, I don’t like being uncertain. This runs counter to what God calls us to do as Christians.

Over the past year and a half or so, I’ve been on somewhat of an internal journey examining my faith. I’ve been a Christian for most of my life, but it took a tragic death of a dear friend and mentor to cause me to consider why I’m a Christian. I’ve also spent that time pondering some of life’s biggest existential questions.

These were all new feelings for me. The months following the tragic accident that took the lives of David, Ruth Ann and Sophie Rinehart were some of the darkest and most hollow days of my life. I lost my mother when I was 14 years old and not even that took me down the paths that David’s death took me down.

I felt guilty that I was so shaken up by the death of someone who wasn’t even a family member. I saw how strong the other members of the Rinehart family were, at least on the outside, and felt like I was hogging all the heartache to myself. It’s difficult to try and understand the emotions I felt, let alone explain them.

One of the darkest times I remember during all of this was when I was on a tennis court playing in a tournament, something I normally love and look forward to. I typically never feel more “at home” than when I’m playing tennis. But this was the first time I’ve been on a court and, after just a few points, thought to myself that I wanted to be anywhere but on that tennis court.

I couldn’t get my mind to escape thoughts of death and how one day we’re all going to die, so what’s even the point of playing this tennis match? That was a real thought going through my head during the match, and it’s something I’ve not really shared with many people because of the pain that memory brings back.

That was right around Thanksgiving of 2016. I knew that in just a week or so after that I’d be picking up Emily’s ring and I had planned to propose in December. It was a strange dichotomy of emotions. I tried to look forward to what was supposed to be one of the most joyous occasions of my life but I still woke up each day dealing with deep pain and anxiety. The pain of the death had subsided to a manageable level, but by this point my mind was constantly fixated on depressing thoughts and I kept wondering, in so many ways, “what’s the point of life?”

Normally a social person, I rarely wanted to leave my apartment. The death of someone who was so crucial to my foundation of faith as a Christian had caused me to question my faith and wonder what the point of it all was. I know I’m not the first person to experience this, but it was the first time I’ve ever been in such a dark place.

After talking with several pastors and counselors and spending time in prayer and around Christian friends and family, I eventually arrived at a point where my mind wasn’t crippled by these thoughts anymore, but it’s still a pain I deal with.

Since then I’ve felt a burden to share my story of my faith journey, from my childhood through that dark season, to where I am now. I’ve never been real open to sharing certain parts of my personal life with large amounts of people, but I’ve woken up just about every day for the last year-and-a-half with the desire to write about this in the form of a book.

It’s something I can’t ignore anymore.

Those close to me have heard me talk about this quite a bit. It’s always been a nice plan, but at times I feel a little pretentious uttering the phrase, “I want to write a book.” Who doesn’t? But, enough talk, I suppose. Making this plan public makes it “real” to me, because I hope this will help keep me accountable and stop making excuses like I’ve been doing for some time.

I don’t really have a timeline for when I plan to complete this project. It could, and likely will, take years. But I’ve begun the process of researching the book publishing industry, particularly Christian non-fiction, and I’ve started to make contacts who have given me some incredibly helpful insight on how this process works, so I don’t feel completely unprepared.

I’m excited about this journey, but also nervous, because I have no idea if this will work out. There’s a lot of uncertainty, and I don’t like uncertainty. But I’m learning to enjoy this season and see what God does with this. In a sense, this project itself will be a huge part of my own faith journey, and I’ve already seen what amazing things God can do when I’ve put my faith in Him.