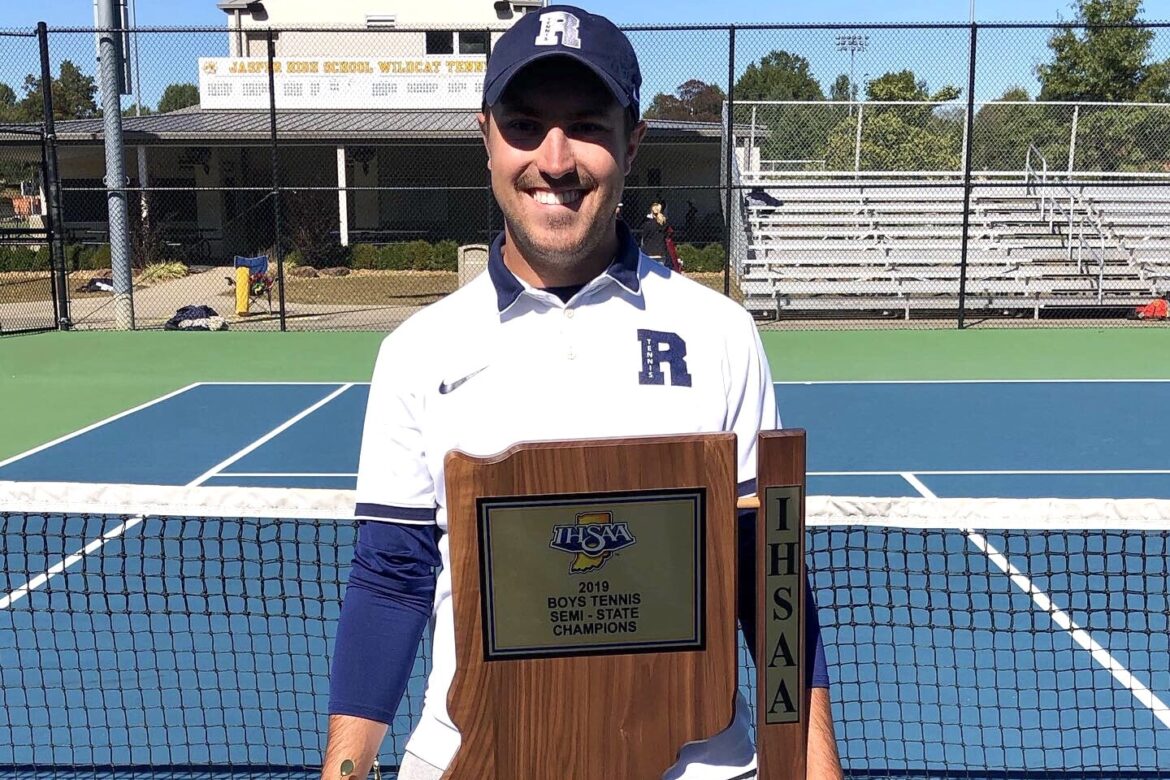 The Monster of More

In three days my tennis team was going to be playing in the State Finals for the first time in the school’s 100-year history. But on this Wednesday night I was at one of my favorite events of the season — the All-District coaches meeting.

All the area tennis coaches gather in a room at Jasper High School to reflect on the season, vote for the players to comprise the All-District team and, of course, eat a lot of pizza and wings. There’s just something about free food that makes any event elicit the same excitement you once felt when going to a sleepover at a friend’s house as a kid.

This meeting always falls right before the State Finals, and when your team is the one from the district going to State, it can feel sort of like a coronation for you as the coach. Truthfully, that’s never the reality, but that’s how I felt when I entered the room that night.

Not only was my team playing in the State Finals for the first time in school history, we were doing it with an undefeated record on the backs of three undefeated singles player — unprecedented in Evansville history and probably one of the few times that’s ever been done in the entire state. We were ranked No. 1 in our district all season and were ranked in the Top 15 in the state (even though we had proven ourselves to be one of the best eight teams — don’t get me started on rankings).

Our success continued with the three undefeated players being named to the All-District singles list. With only 12 total players on the list from the entire Southwestern Indiana region, players from my team made up 1/4 of it. You can probably count on one hand the amount of times a school got three players on the list, so this was a pretty big deal.

This was already the most historic tennis season in Reitz High School History, especially when you consider the program hadn’t even won a Sectional championship before the previous year, and we were only adding to that at this point.

But yet, I drove home from that meeting unhappy and feeling unfulfilled.

I’ve been incredibly blessed during my coaching career — both as an assistant and head coach. While I do believe I’m a good coach, I’ve also hit the jackpot with great players and great assistant coaches, and just a little bit of luck, and I’m not naive to that.

This wasn’t even the first time I’d gotten to coach an undefeated team to State, though, which I did in my first season as a head coach (again, largely due to an incredibly talented team with several future college tennis players and the State runner-up).

I’ve gotten to coach two singles players all the way to the State championship match and guide a previously-struggling program to several “firsts” and make school history. I’ve been selected to coach the Senior All-Star Event three times and was asked to present drills at the annual state coaches clinic.

I’ve experienced more wins and success in five years than a lot of coaches do in a 30-year career.

But every year when I’ve had more success than the previous year, I’ve still felt incomplete — especially following this past season with our record-setting team at Reitz. The All-District voting is always followed up by one other award vote: Coach of the Year.

I think you can tell where this is going.

The voting starts out by the meeting’s organizer listing all the nominations he received, which I realized quickly did not even include my name. It wasn’t until a local coaching friend nominated me on the spot that I was officially considered as a “finalist.” But it was going to be tough to beat out the guy who was nominated by another coach that read off what was essentially a recommendation letter for him to win the award when I was just sort of a throw-in at the end.

When the other coach’s name was announced as the winner, it was like being hit by a brick of comparison and then a right hook of inadequacy. In all my success, Coach of the Year is the one award (aside from a State championship) that has always eluded me. In my prideful mind, this wasn’t the first time I felt I deserved it, but this was the best case I had for winning it. It was also the last chance I had to win it before moving to Kentucky.

I called my wife and vented the entire hour or so drive home (which is a nice way of describing what I really said, words that would surely get me fired if I said them to my players). I was angry and upset, and my quest for more had left me feeling unsatisfied on what was an incredible season. It wasn’t fair to myself or to the blessings God had given me.

Why couldn’t I be grateful for the season and experiences I was having — that I’d already had in all my years of coaching? Why was I letting a personal award overshadow the accomplishments of my team?

It’s the same cautionary tale we learn from Adam and Eve in Genesis. God had given them everything they needed, yet they fell for Satan’s temptation to eat from the forbidden tree. They wanted more. As Luke Norsworthy writes in his book, Befriending Your Monsters:

“Ever since the garden of Eden, the Monster of More has tricked us into thinking that we need more — more power, more money, more sex, more pleasure, more food, more respect, more followers. So we chase after the prop of the Monster of More, disregarding the side effects that will follow.”

I had somehow convinced myself that my accomplishments as a coach weren’t valid unless I had this feather in my cap. Most of my coaching friends have won this award at least once, and I wanted to be a part of the “club.” I imagine this is what a golfer who hasn’t won the Master’s feels like when all the Green Jacket winners gather for a dinner during Master’s week and they’re left out.

History is full of people who appeared to have it all but still wanted to more, only to find their attempt at getting more to be futile. But, as Luke writes in his book, “we still genuinely believe if we were the ones who had a bite from that tree, we would be full.”

The antidote to comparison and the quest for more is contentment. As Daniel Im writes in his book You Are What You Do (And Six Other Lies About Life, Work, and Love), “contentment is a direction, not a destination. It’s an outcome, not an action.”

In other words, “give thanks in all circumstances; for this is the will of God in Christ Jesus for you.” (1 Thessalonians 5:18).

True contentment is only found in Jesus. No award, or number in your bank account, or fancy title, or car or house will ever bring you true contentment and will always leave you wanting more. When that happens, it can almost impossible to stop unless you give it all to Jesus.

Obviously, I look back on that instance and realize what a buffoon I was. The anger, thankfully, was short lived. I don’t think my life would be much different than it is now if I had won, other than having another plaque for the wall.

Author Stephen Copeland was on my podcast earlier this year, and he shared a conversation he had with William Paul Young, the author of The Shack. Stephen was talking to him about some of this same stuff, and Young’s response was simple, yet profound: “Live within the grace of the day,” and added that “everything is grace.”

When we approach everything as grace with an attitude of contentment, we can turn away from the Monster of More and realize we’ve already been given far more than we deserve.