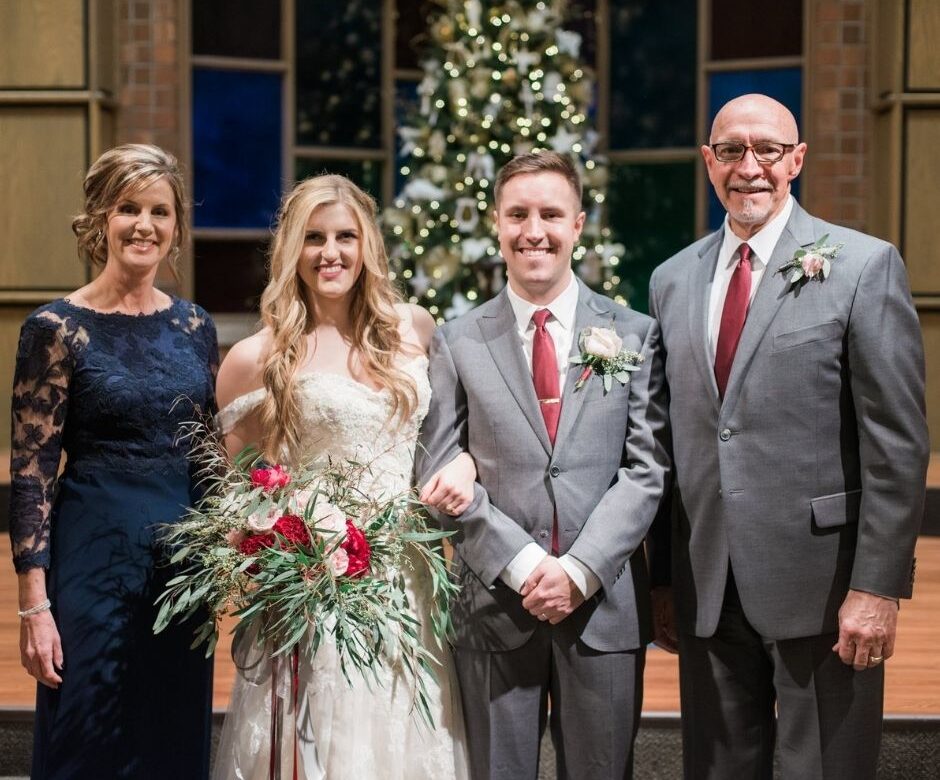 This week Emily and I got to sit down (over Zoom) with my parents Doug and Christi Claybourn and talk about marriage. I’ve had many conversations with my parents individually and together over the years when dating about relationships and marriage, but this is the first time I’ve gotten to do that alongside my spouse.

I hit on this in last week’s newsletter, but so much of what I know and believe to be true about love and marriage I learned either from what my parents taught me or how they modeled it.

Their marriage is far from perfect, just like all of ours, and I so appreciate the vulnerability we all went to in this conversation — talking about some of the early years of their marriage that were particularly difficult due to my dad’s divorce with my biological mother and the events that followed that.

We talk about that and so much more in the conversation, but we also talked about how they’ve sustained their marriage through the highs and lows they’ve faced over their 20+ years of marriage. You can listen on the Spotify player below, or on your favorite podcast platform.

It got me thinking about some of the main lessons I’ve learned from them about marriage and being a husband.

I’ve come up with five, and the first one is one that’s helped get through those highs and lows:

1. Keep God at the Center

This seems like it should be easy for a Christian couple, right? “Seek first the Kingdom of God and his righteousness, and all these things will be added to you,” we’re told in Matthew 6:33. It’s one of the most straightforward, easy-to-understand commandments we’re given in the Bible, yet it’s one of the hardest for us to consistently do.

This is especially true in marriage when it’s easy to prop up our spouse on a pedestal and make them an idol. My father was open about this in our conversation about it wasn’t until his 40s when he truly started to understand why that concept is important to a marriage, or any relationship.

Fortunately, this was right around the time I started dating and it was fresh on his mind to impart on me. What he was doing was warning me against engaging in a co-dependent relationship. As a teenager, this was something I struggled with. I would place my worth in or seek validation from whoever I was dating, and when something went awry or, God forbid, we broke up, I was devastated. I felt worthless.

The image my dad used was that a healthy, Christ-centered relationship should look like a triangle, where two people are both looking to God first. If those two sides start to lean too heavily on one another, that balance is off and the triangle falls.

One thing I’ve never had to worry about is my father’s character. For my entire life, my father has been the same consistently genuine and caring husband and father. He’s carried himself with impeccable integrity in both his business and personal endeavors and has remained faithful to his wife, his children, and his family.

I’ve never once had to question any of my father’s intentions. Even when I didn’t always agree with him or felt he was too hard on me, there was never a question of whether or not he was doing what he felt was best for me or my siblings.

He has truly been the ideal “lead by example” father and husband, and I could not be more grateful for the example that was set for me.

Some people like to say “Do as I say, not as I do,” but I know that as a husband and, God willing, one day as a father, so much of who I am is because I am doing as my father did.

3. Have an Attitude of Servitude

One thing my father passed on to me was a love for sports. As much as I wish she did, Emily does not share that same passion for sports.

Neither does Christi, and in this conversation she talks about how that doesn’t stop her from going to games or sitting with him while he watches a game at home because she knows that makes him happy. Sports bring him joy, and if something brings your spouse joy, you should celebrate that and join them in that.

My dad supports Christi in her interests, and Emily does this for me. I do the same for Emily.

In 2019 she went to four Major League Baseball games in three weekends with me, so she’s seriously a rockstar there.

There are plenty of things Emily and I don’t both like, but we still share in it together because we want to make each other happy. That same mindset translates to other things like doing household chores or running errands that maybe you don’t want to do but you do it because you want to serve your spouse.

I’ve seen my parents consistently do this, and while I’m not perfect at it, it’s something that’s part of who I am as a husband.

Ephesians 5:21 says, “Submit to one another out of reverence for Christ.”

Again, this one seems so simple, but it’s so important. My parents have consistently been in a small group at church for as long as I can remember, and prayer and church involvement is a huge part of their marriage.

I’ve seen how their reliance on God has carried them through heavy seasons individually, as a couple, and as a community with their friends and church members. They truly seek God first in everything, and being able to see prayer modeled in the home during my formative years played a huge role in how to be a Christian leader and a Godly man in my own home now that I’m married.

5. Deny Yourself, Forgive, and Be Slow To Anger

I know, that’s more than one item, but it all blends together.

Toward the end of our conversation, my father got choked up talking about Jesus washing his disciples’ feet despite knowing what was about to happen to him. What better example of humility, forgiveness, and calmness.

One thing I struggle with is that last one — being slow to anger — but James 1:19-20 has been a passage of focus in our small group lately and it’s one I constantly repeat in my mind:

“My dear brothers and sisters, take note of this: Everyone should be quick to listen, slow to speak and slow to become angry, because human anger does not produce the righteousness that God desires.”

I’ve rarely seen my father genuinely angry (except at games toward the referees occasionally), and I’ve rarely seen my parents have an all-out fight. I’m sure there have been some, but I think there’s something to be said about having those away from kids, which they did a good job of.

But no relationship — whether that’s with a friend, boyfriend or girlfriend, or spouse — will ever succeed if you are constantly trumping up yourself over them, never willing to forgive them for their mistakes, or rush to anger with them.

As Christians, our goal is to model ourselves after Jesus. I think my father’s comparison to Jesus washing his disciples’ feet to the humility we should approach marriage with is spot on, and it reinforces the earlier theme of servitude. Matthew 12:31 — “Love your neighbor as yourself” — doesn’t just stop in marriage.

This really just scratches the surface of many valuable lessons I’ve learned from my parents on marriage, but I hope you’ll listen to the conversation as we unpack these and much more.

I truly am grateful for the example they set for me as a man and as a husband.

If you enjoyed this article, I hope you’ll consider subscribing to my weekly newsletter for more content and encouragement like this delivered straight to your inbox each week. You subscribe by clicking here, or by going to the “Newsletter” tab at the tab of the page.

I’d also love for you to subscribe to the podcast on your preferred podcast platform so you can stay up-to-date when new shows are released. If you listen and enjoy the show, please consider leaving a five-star rating on Apple Podcasts! That really helps people discover the show and it tells them this is a show they should be listening to.

–Marriage is Not Hard