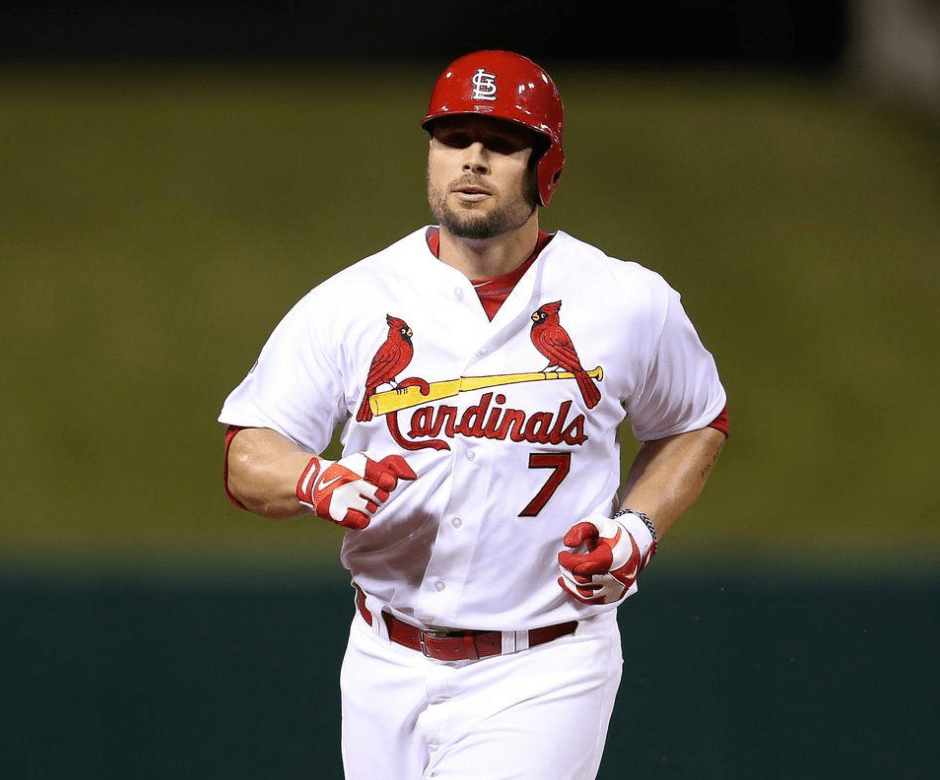 I know I say this a lot, but this episode is truly one of my favorites. As you know, I’m a huge St. Louis Cardinals fan, so getting to talk baseball and relive the Cardinals 2011 World Series run with one of the best players to wear a Cardinals uniform in some time was awesome.

In all seriousness, Matt Holliday is a great guy and super genuine human being. I had a great time talking about his playing career, how his faith walk started, how his faith guided him in his career, and what life has been like since he retired from baseball. He also talked about some of the hardest points in his career, including the last couple years where he dealt with a pretty severe illness that caused a number of issues for him, both on and off the field. I appreciated him opening up about that because he hasn’t talked publicly about it much.

Since he’s been out of pro baseball, Matt started coaching with his brother at Oklahoma State University, and he and his wife Leslee host the Table Forty Podcast, where they talk to a lot of athletes and sports figures about sports and faith.

He’s one of the most competitive guys you’ll ever meet, but he talks about how he balanced that with his Christian faith while playing.

“I think the knock that Christians are soft or you can’t be a bad man on the athletic stage is so not true,” he said.

Even if you’re not a sports fan, I think you’ll enjoy Matt’s genuineness and his openness about everything.

Listen to the episode here