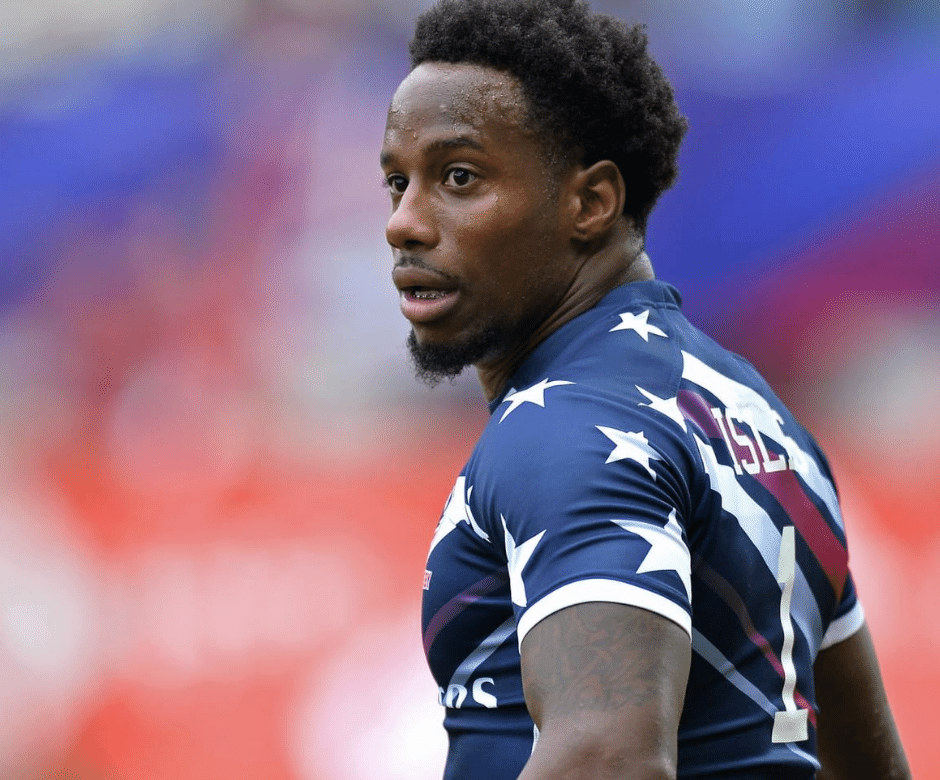 We’re supposed to be enjoying the Olympics right now, but COVID-19 has forced it to be postponed until 2021. So to fill the Olympic void you’re feeling right now, the next two episodes will feature Olympic athletes. We’re starting it off with USA Rugby star Carlin Isles — the fastest man in rugby.

Carlin has an amazing story. Long before he became the face of the USA Rugby team, the fastest man in rugby, and an Internet sensation, Isles was fighting a different battle — both literally and metaphorically.

If you met him now and felt the positivity radiate off of him, you may never know how tough the early years of his life were. He’s only met his birth father once, and his birth mother was arrested on drug charges when he was just 7 years old. He’s not seen her since. He and his sister Tambra then bounced around in foster homes, facing abuse and other hard situations no kid should have to face. He prayed for God to deliver him from his situation, and he and his sister were adopted by a family that he has stuck with.

He excelled in football and track in high school, relying on his faith and determination to avoid the typical pitfalls of teenagers — partying, drinking, smoking, etc.

He went on to play college football and even had a brief stint in the NFL, but being undersized, he struggled at that level. As good as he was at football, he might have been even better at track. In college he was an All-American in the 60-meter dash. His time was fast enough to qualify him for the Olympic trials, but ultimately not quite good enough to make the team.

With his athletic career hanging in the balance, Carlin stumbled across a video on YouTube of rugby highlights. It looked a lot like what he’d done to opponents on the football field, and he saw it as his ticket to the Olympics. He got in contact with officials with Team USA and was invited to Aspen, Colorado to work out with a club team. At the time he had about $500 to his name, and he knew this might be his last chance to continue his athletic career.

He made the team, and his rugby career took off. Now he’s ready to lead Team USA to gold in 2021.

Aside from all of this, Carlin also opened up about how racism shaped his upbringing and he gave his thoughts on the current racial situation our country faces right now.